No sources about the construction period or the patron of this monument have come down to us. Researchers estimate that Hunkar Mosque is the oldest mosque in Strumica.

The remains of the building show the usual stone and brick combination as construction materials for its wall. Equally, the cubic domed structure of the prayer hall follows the most frequent pattern of Ottoman mosque.

The dome has collapsed but deep pendentives still show the transition device on which it was carried.Given the ruinous condition of the mosque, the technique of how to build a brick dome can be observed as no plaster covers it any more.

Two rows of arched windows interrupt the façade, although the lower one is hidden behind accumulated rubble.

The remains of a decorative brick cornice still can be admired. At present, only two crumbling walls are left and the mosque ground seems to be invaded by newly built houses, even worsening its current status. 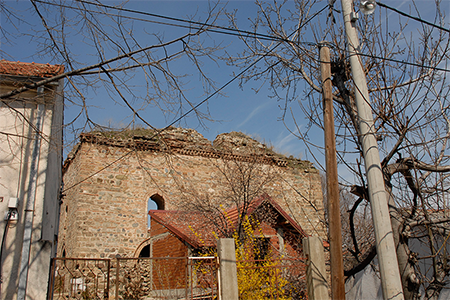 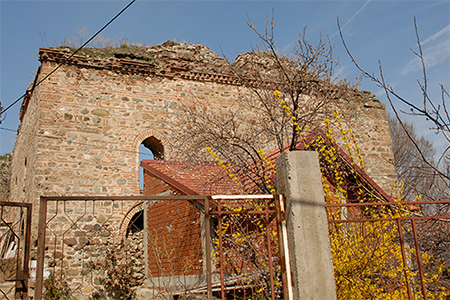 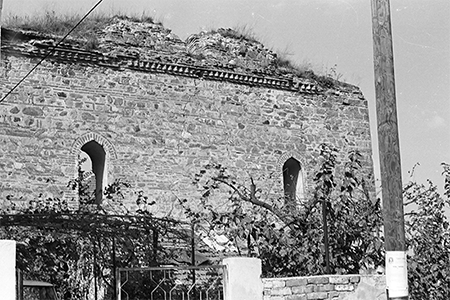 THE OTTOMAN HERITAGE IN STRUMICA